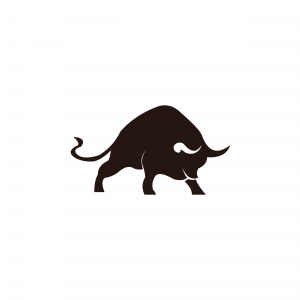 It is hard to ignore what happened this quarter with the story about GameStop’s (GME) share price. The shares of GME have gone up almost tenfold, mostly thanks to a ragtag collection of amateur traders on r/wallstreetbets   based on a social media platform called Reddit.

For the last few years GameStop has been a business in decline as a predominantly brick-and-mortar gaming retailer. Within the financial community the consensus view was simple: GameStop probably was not going to last long, and it is share price had long reflected that view.

As GameStop shares really began to scrape the barrel a few investors began to see an opportunity.

Among the more notable believers was Michael Burry,  which is a name you might recognise from 2015 film The Big Short. Less notable investors included a reddit user who had bought $53k worth of call options back in the middle of 2019. We will call him DFV.

Throughout 2020 a few other investors jumped on the GME bandwagon, and by late last year GME’s

share price rice had risen to the mid-teens, closing out 2020 at just under $19.

That uptick in this stocks price led the financial elite to bet against GME, buying put options or selling the stock short, anticipating it would eventually resume its downward trajectory.

GME was among the most shorted stocks in the entire market.

What those hedge funds did not bank on was just how determined, stubborn, and reckless a group of hundreds of thousands of amateur investors could be. DFV’s regular updates on his GameStop bets often revealed greater and greater profits — and reached a greater and greater audience.

As traders buy call options (betting the price will go up), market makers hedge their own exposure by buying shares in the open market. If there is enough demand the price will move higher. That is good for everyone except the funds betting the other way — whose short positions begin to show huge losses. If they run out of courage, or money, they must hedge that short exposure by… buying shares that sends the share price even higher, triggering more short sellers to cover their position and starting a vicious feedback loop known as a short squeeze.

One hedge fund, Melvin Capital, that had been betting against GME, had to have almost $3bn of capital injected into it to shore up its finances. Reddit user DFV was up almost $23 million.

Wall Street claims that this market manipulation, while others are saying the internet is winning big as information is shared and distributed.

Are wall street experiencing some karma that they normally inflict on the retail investor or has social media gone too far, it’s hard to say so its better to just flip a coin on this one.

This will not be the last time we hear about this group as they go on collecting data and analysing stock. No venture capitalist is save, in these waters

Only time will tell who wins this toss up of two ginormous investor groups.

Get in touch with Simple Financial Planning

Get in touch with us today to help you with your financial needs, our aim is to make it simple for you!

What Are the costs of a…

6 mistakes to AVOID when doing…

Pros and Cons of Debt Consolidation…